Superconductors — materials that conduct electricity without resistance — are remarkable. They provide a macroscopic glimpse into quantum phenomena, which are usually observable only at the atomic level. Beyond their physical peculiarity, superconductors are also useful. They’re found in medical imaging, quantum computers, and cameras used with telescopes.

But superconducting devices can be finicky. Often, they’re expensive to manufacture and prone to err from environmental noise. That could change, thanks to research from Karl Berggren’s group in the Department of Electrical Engineering and Computer Science.

The researchers are developing a superconducting nanowire, which could enable more efficient superconducting electronics. The nanowire’s potential benefits derive from its simplicity, says Berggren. “At the end of the day, it’s just a wire.”

Berggren will present a summary of the research at this month’s IEEE Solid-state Circuits Conference.

However, the Josephson junction “is fundamentally quite a delicate object,” Berggren adds. That translates directly into cost and complexity of manufacturing, especially for the thin insulating later. Josephson junction-based superconductors also may not play well with others: “If you try to interface it with conventional electronics, like the kinds in our phones or computers, the noise from those just swamps the Josephson junction. So, this lack of ability to control larger-scale objects is a real disadvantage when you’re trying to interact with the outside world.”

To overcome these disadvantages, Berggren is developing a new technology — the superconducting nanowire — with roots older than the Josephson junction itself.

In 1956, MIT electrical engineer Dudley Buck published a description of a superconducting computer switch called the cryotron. The device was little more than two superconducting wires: One was straight, and the other was coiled around it. The cryotron acts as a switch, because when current flows through the coiled wire, its magnetic field reduces the current flowing through the straight wire.

At the time, the cryotron was much smaller than other types of computing switches, like vacuum tubes or transistors, and Buck thought the cryotron could become the building block of computers. But in 1959, Buck died suddenly at age 32, halting the development of the cryotron. (Since then, transistors have been scaled to microscopic sizes and today make up the core logic components of computers.)

Now, Berggren is rekindling Buck’s ideas about superconducting computer switches. “The devices we’re making are very much like cryotrons in that they don’t require Josephson junctions,” he says. He dubbed his superconducting nanowire device the nano-cryotron in tribute to Buck — though it works a bit differently than the original cryotron.

The nano-cryotron uses heat to trigger a switch, rather than a magnetic field. In Berggren’s device, current runs through a superconducting, supercooled wire called the “channel.” That channel is intersected by an even smaller wire called a “choke” — like a multilane highway intersected by a side road. When current is sent through the choke, its superconductivity breaks down and it heats up. Once that heat spreads from the choke to the main channel, it causes the main channel to also lose its superconducting state.

Berggren’s group has already demonstrated proof-of-concept for the nano-cryotron’s use as an electronic component. A former student of Berggren’s, Adam McCaughan, developed a device that uses nano-cryotrons to add binary digits. And Berggren has successfully used nano-cryotrons as an interface between superconducting devices and classical, transistor-based electronics.

Berggren says his group’s superconducting nanowire could one day complement — or perhaps compete with — Josephson junction-based superconducting devices. “Wires are relatively easy to make, so it may have some advantages in terms of manufacturability,” he says.

He thinks the nano-cryotron could one day find a home in superconducting quantum computers and supercooled electronics for telescopes. Wires have low power dissipation, so they may also be handy for energy-hungry applications, he says. “It’s probably not going to replace the transistors in your phone, but if it could replace the transistor in a server farm or data center? That would be a huge impact.”

Beyond specific applications, Berggren takes a broad view of his work on superconducting nanowires. “We’re doing fundamental research, here. While we’re interested in applications, we’re just also interested in: What are some different kinds of ways to do computing? As a society, we’ve really focused on semiconductors and transistors. But we want to know what else might be out there.” 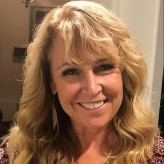 Kerry has over 28 years of advertising and media experience with a unique blend of experience on all sides of the equation — agency, client and publisher. Previously she worked alongside Pete at Extension Media as Director of Sales for the Semiconductor Manufacturing and Design Media Group which included Solid State Technology and The ConFab conference and networking event.

February 12, 2021
Semiconductor Daily Digest Newsletter
We use cookies on our website to give you the most relevant experience by remembering your preferences and repeat visits. By clicking “Accept All”, you consent to the use of all the cookies.
Cookie Settings Accept
Cookies

This website uses cookies to improve your experience while you navigate through the website. Out of these, the cookies that are categorized as necessary are stored on your browser as they are essential for the working of basic functionalities of the website. We also use third-party cookies that help us analyze and understand how you use this website. These cookies will be stored in your browser unless you opt out. However, opting out of some of these cookies may affect your browsing experience and may affect our business model making it difficult to provide you with this free resource in the future. If you want to change your consent at any time during your browsing session, and for more details on the data we collect, and how we use it, please visit our Privacy Policy.
Necessary Always Enabled
Necessary cookies are absolutely essential for the website to function properly. These cookies ensure basic functionalities and security features of the website, anonymously.
Functional
Functional cookies help to perform certain functionalities like sharing the content of the website on social media platforms, collect feedbacks, and other third-party features.
Performance
Performance cookies are used to understand and analyze the key performance indexes of the website which helps in delivering a better user experience for the visitors.
Analytics
Analytical cookies are used to understand how visitors interact with the website. These cookies help provide information on metrics the number of visitors, bounce rate, traffic source, etc.
Advertisement
Advertisement cookies are used to provide visitors with relevant ads and marketing campaigns. These cookies track visitors across websites and collect information to provide customized ads.
Others
Other uncategorized cookies are those that are being analyzed and have not been classified into a category as yet.
Save & Accept
Powered by